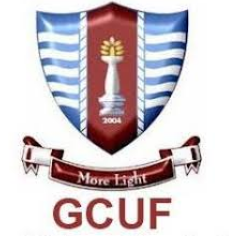 Mission of the GC University Faisalabad is to provide students an enabling environment where dialogue is encouraged and ideas envisioned. The university’s goal is to be among to the top 1000 best universities in the world and among the top 3 universities of in Pakistan by the year 2020. The University will bring Engineering and Medical education in its domain as well in addition to build a state of the art Technology Park – First in a kind in Pakistan.

The Department of Computer Science is one of the most prominent and oldest centers of computer education in Faisalabad city and was established as a separate department by offering ICS program in 1999. The progress journey of the department continued, and it offered BS (CS) program in 2001 and MCS program in 2004. The department provides excellent computing facilities and ensures the enhancement of practical knowledge of students by facilitating them to learning. The Computer Science Department provides a comprehensive range of facilities necessary for computer use and a library of programs and packages for solving scientific, engineering, commercial and social problems.