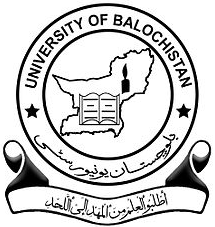 Being the oldest institute of higher learning in the province, the University of Balochistan aims to enhance the existing capacity of vaccine production, research capacity of the faculty of Center of Advanced Studies in Vaccinology and Bio-technology (CASVAB) and upgrade it by giving it autonomy and make it a financially sustainable body in future. Its short term ambition is to be rated amongst the top TEN Universities of the country. The long-term goal is to be initially grouped/included in the top 500 Universities/Institutions of the world.

The Department of Computer Science and IT is offering following undergraduate and graduate programs.