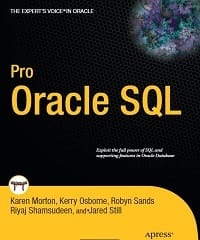 The SQL language was originally developed in the 1970s by IBM and called Structured English Query Language, or SEQUEL. The language was based on the model for relational database management systems (RDBMS) developed by E.F. Codd in 1969. The acronym was later shortened to SQL due to a trademark dispute. In 1986, ANSI adopted SQL as a standard, and in 1987, ISO did so as well. A piece of not-so-common knowledge is that the official pronunciation of the language was declared to be “ess queue ell” by ANSI. Most people, including me, still use the sequel pronunciation just because it flows a bit easier linguistically.

According to the Authors, “One of the most difficult transitions to make in order to become highly proficient at writing SQL well is to shift from thinking procedurally to thinking declaratively (or in sets). It is often hardest to learn to think in sets if you’ve spent time working with virtually any programming language. If this is the case for you, you are likely very comfortable with constructs such as IF-THEN-ELSE, WHILE-DO, LOOP-END LOOP, and BEGIN-END. These constructs support working with logic and data in a very procedural, step-by-step, top-down type approach. The SQL language is not intended to be implemented from a procedural point of view, but from a set-oriented one. The longer it takes you to shift to a set-oriented point of view, the longer it will be before you are truly proficient at writing SQL that is functionally correct and also highly optimized to perform well.