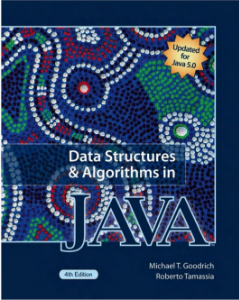 With the emergence of the object-oriented paradigm as the framework of choice for building robust and reusable software, we have tried to take a consistent object oriented viewpoint throughout this text. One of the main ideas of the object oriented approach is that data should be presented as being encapsulated with the methods that access and modify them. That is, rather than simply viewing data as a collection of bytes and addresses, we think of data as instances of an abstract data type (ADT) that include a repertory of methods for performing operations on the data. Likewise, object-oriented solutions are often organized utilizing common design patterns, which facilitate software reuse and robustness. Thus, we present each data structure using ADT’s and their respective implementations and we introduce important design patterns as means to organize those implementations into classes, methods, and objects.

The major changes, with respect to the third edition, are the following: