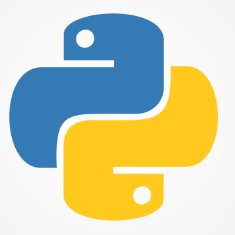 Python is high level, interpreted and general purpose programming language. Python was created by Guido Van Rossum and first released in 1991. Python is an Object Oriented Programming Language that can be used for many kinds of software and web development. It offers strong support for integration with other languages and tools. Python is easy to learn and use. Python is distributed under on OSI – approved open source license that makes it free to use even for commercial products. Python 3.0 was released on December 2008. Python is a multi-paradigm programming language and structured programming are fully supported, and many of its features support functional programming. Python is meant to be an easily readable language. Its formatting is visually uncluttered, and it often uses English keywords where other languages use punctuation.

Python Software Foundation(PSF) is non-profit organization devoted to the python programming language, launched on March 2001. PSF headquarter is located in Delaware USA. The mission of the PSF is to foster development of the Python community and is responsible for various process within the python community. In 2005, the Python Software Foundation received the “Computerized Horizon Award” for “cutting edge” technology.

And Python is also used as the scripting language of choice in applications and services from GIMP, to Blender and Google Docs. So even if you’re not interested in developing full programs, a little Python knowledge can still be useful, as it helps you get more from many other tools. Python is a  powerful programming language that’s easy to learn, yet also comes packed with high-end features

Again remember that that Python is an Object Oriented Programming Language that is used for many kinds of software and web development. It is compatible with all version of windows.

Don’t forget to drop a comment below after downloading Python 3.7.2