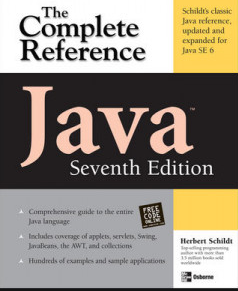 According to the Author, ” As I write this,  Java is just beginning its second decade. Unlike many other computer languages whose influence begins to wane over the years, Java’s has grown stronger with the passage of time. Java leapt to the forefront of Internet programming with its first release. Each subsequent version has solidified that position. Today, Java is still the first and best choice for developing web-based applications. One reason for Java’s success is its agility. Java has rapidly adapted to changes in the programming environment and to changes in the way that programmers program. Most importantly, it has not just followed the trends, it has helped create them. Unlike some other languages that have a revision cycle of approximately 10 years, Java’s release cycle averages about 1.5 years! Java’s ability to accommodate the fast rate of change in the computing world is a crucial part of why it has stayed at the forefront of computer language design. With the release of Java SE6, Java’s leadership remains unchallenged. If you are programming for the Internet, you have chosen the right language. Java has been and continues to be the preeminent language of the Internet.

This book is for all programmers, whether you are a novice or an experienced pro. The beginner will find its carefully paced discussions and many examples especially helpful. Its in-depth coverage of Java’s more advanced features and libraries will appeal to the pro. For both, it offers a lasting resource and handy reference.

This book is a comprehensive guide to the Java language, describing its syntax, keywords, and fundamental programming principles. Significant portions of the Java API library are also examined. The book is divided into four parts, each focusing on a different aspect of the Java programming environment.